What Does The Bible Say About The Second Amendment?

The Bible does not specifically mention the Second Amendment, but it does support the right of individuals to protect themselves. In Exodus 22:2, God tells Moses, “The defense is not guilty of bloodshed if a thief is detected breaking in at night and is hit fatally.” This verse clearly supports the right of individuals to use force, even deadly force, to protect themselves and their property.

Psalm 144:1 says, “Glory be to the LORD, my Rock, who prepares my hands for a fight and my fingers for combat.” This verse supports the idea that God ordained human beings to protect themselves and their families. In fact, self-defense is a basic human right that is recognized in both the Old and New Testaments. 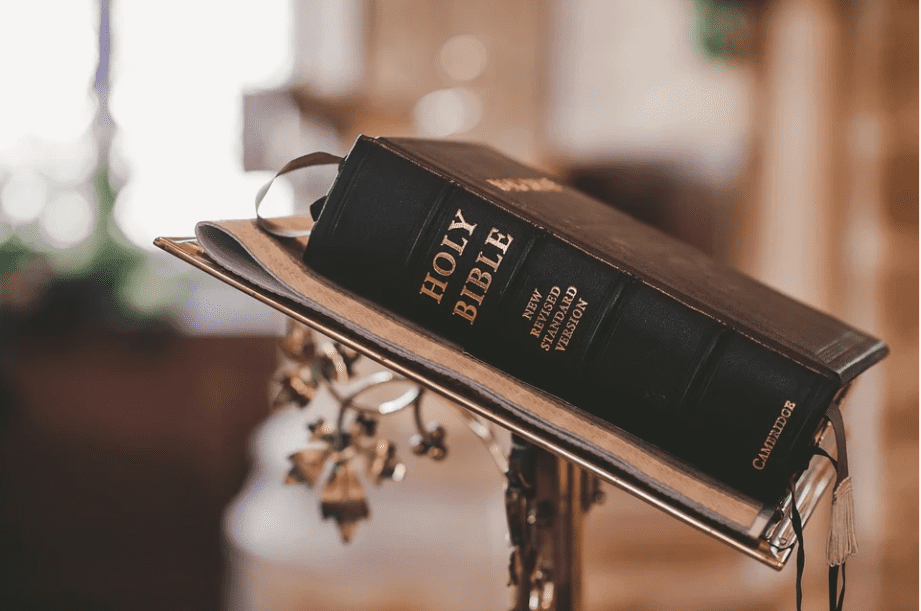 What Does God Say About Gun Control?

First and foremost, we must remember that God is in control and His ways are not our ways. In a fallen world, violence is a reality, but as Christians, we are called to love our neighbor and turn the other cheek (Luke 6:29).

That said, the Bible does have a lot to say about weapons and self-defense. For example, in Exodus 22:2 God clearly states that if someone breaks into our home, we are allowed to protect ourselves with force.

And in Luke 11:21-22, Jesus says that those who are armed are not necessarily the ones who will win the battle. It’s those who are prepared and have their “wits about them” that will be successful.

Seeking God’s Wisdom To Protect Ourselves

So what does this all mean for Christians when it comes to gun control? Ultimately, we need to prayerfully seek God’s wisdom on how to best protect ourselves and our families. We should also be mindful of the fact that guns are not the only solution to violence. We need to focus on addressing the root causes of violence in our society, such as poverty, racism, and mental illness.

But most importantly, we need to remember that Jesus is our ultimate protector. He is always with us, even in the midst of darkness and violence.

Is The Right To Bear Arms A God-Given Right?

The Bible does not explicitly state whether the right to bear arms is a God-given right. However, some verses suggest that God does value our ability to defend ourselves.

For instance, in Exodus 22:2, God says The defense is not guilty of bloodshed if a thief is detected breaking in at night and is hit fatally.” This verse recommends that it is okay to use force, even deadly force, to protect your property.

In another example, Jesus tells his disciples in Luke 22:36 “If you don’t have a sword, sell your cloak and buy one.” Here Jesus is preparing his disciples for tough times ahead and encourages them to be armed.

Is The Second Amendment A Natural Right?

This amendment protects the right of Americans to keep and bear arms. Many people believe that this is a natural right that we have as human beings. The right to self-defense is inherent in our nature and is necessary for our survival.

The Founding Fathers understood this natural right and codified it in the Constitution so that it would be protected. They also understood that an armed citizenry was necessary to protect against a tyrannical government.

In conclusion, whether not the right to bear arms is a God-given right is debatable. However, what is clear is that the Founding Fathers believed that it was a natural right and something that needed to be protected.

When we think of self-defense, what typically comes to mind is defending ourselves physically from harm. However, the Bible speaks to us about self-defense in a much broader sense. In fact, the Bible has a lot to say about how we are to defend ourselves spiritually.

We need to be armed and ready to defend ourselves against Satan’s attacks at all times. We can’t sit back and relax, thinking that we’re safe just because we’re Christians. The devil is always looking for a way to harm us, so we have to be vigilant in our spiritual defense.

We also need to pray for protection. In 1 Peter 5:8, Peter instructs us to “Be sober-minded; be watchful.” And in James 4:7, he says, “As a result, submit yourself to God. The devil will flee from you if you resist him.”

When we are submitted to God and resist the devil, he will have no choice but to flee from us. We can take comfort in knowing that God is always with us and will protect us from harm.

So what does the Bible say about self-defense? The Bible tells us that we need to be spiritually armed and ready to defend ourselves at all times. We also need to pray for protection from the devil. When we do these things, we can rest assured that God will protect us from harm.